ABSTRACT
OBJECTIVES: Numerous studies have shown that the pathogenesis of burn toxemia based on the resorption of tissue necrosis products from burned tissue into the blood and lymph. Debridement of necrotic tissue of the burned area is reported to result in a decrease of body temperature in 1 to 2 days. The aim of the study was to evaluate features of the toxemia period in the intensive care unit patients to find out effectiveness of the comprehensive intensive therapy in first days of burn injury.
MATERIALS AND METHODS: The intensive care unit data of 8 patients with severe thermal burns were analyzed retrospectively, including the vital signs, duration of the intensive care unit, daily fluid volume, blood glucose levels, utilized medication, and nutritional support. Statistical analysis was performed using Microsoft Excel and t test.
RESULTS: The duration of stay in the intensive care unit was 13 ± 2.3 days with a total of 25.8 ± 8.9 days of hospitalization. The burned areas were 51.4 ± 19.7% in grade II-IIIA patients, 11.8 ± 8.9% in grade IIIB patients, and by Frank index of 92.5 ± 20.8. There was a correlation between the fluid therapy and systolic blood pressure. The volume of infusion therapy, albumin, parenteral nutritional supplementation, and blood glucose levels were correlated with decreased toxemia symptoms. Administration of antibiotics and heparin was not associated with the toxemia. Dopamine administration was maximal on the day 2 and was associated with patients’ hemodynamic situation.
CONCLUSIONS: The inflammation was decreased with the parenteral glucose and nutritional supplements and anesthetics. The reverse correlation between the antibiotic therapy and toxemia indicated the correction of hemodynamic failure leading to a decrease of toxemia. The physical data and patients’ complaints were not objective indicators of intensive care effectiveness.

INTRODUCTION
Numerous studies have shown that the pathogenesis of burn toxemia is based on the resorption of tissue decay products from burn wound into the blood and lymph.1-3 This process is particularly pronounced in the first days after the burn, when granulations have not been yet formed, which are a “wound barrier” to the absorption of toxins. The pathogenic effect of proteolysis and fibrinolysis products of the wound surface is manifold: they exert direct cardiotoxic, nephrotoxic, hepatotoxic effects, block the action of insulin and antiplatelet system, and significantly worsen the rheological properties of blood and gas transport function. The debridement of necrotic tissue from the burn wound results in a decrease of body temperature in 1 to 2 days. According to some authors, the use of antibiotics and antipyretics drugs have no significant effect on the body temperature.4,5 Because of the lack of information about comprehensive intensive therapy effectiveness in the first days after burn injury, we tried to present results of intensive care observation in the early period of toxemia. The aim of this study was to evaluate features of toxemia period intensive care in adults with severe burn trauma.

MATERIALS AND METHODS
We analyzed the infusion and anesthetic therapy, pharmacological correction, hypo-dysproteinemia supplementation, and energy deficiency condition in 8 patients with severe thermal burns who were admitted to the Republican Research Center for Emergency Medicine. Patients were 41 to 60 years of age (mean 50.5 ± 7.2 years), with 6 men and 2 women. The severity of the condition was assessed by the area, depth of the burn, and the prognostic index of Frank. We assessed physiological changes in the phases of the circadian rhythm for the following parameters: body temperature and systolic (SBP) and diastolic blood pressure. The assessment of intensive care was carried out taking into account the pharmacological direction: anti-inflammatory drugs, anticoagulants, antibiotics, painkillers, vasodilators, and metabolites. Statistical analysis was performed using Microsoft Excel and t test.

As shown in Figure 1, the average daily body temperature in patients was within the normal values during the first 5 days, rising to a maximum of 37.3 °C on day 9. The evidence of the adequacy of hemodynamic correction was the measure of the circadian rhythm of SBP, which was stable within the normal range during the first 4 days (Figure 2). Noteworthy was the tendency for the increase in SBP up to 127 mm Hg on the fifth day, indicating the change of cardiac output, probably of compensatory direction due to the limitation of drug therapy.

The volume of infusion therapy was highest in the first 3 days, amounting to 2728 2664 mL/day, with a gradual decrease to the minimum on day 11 (Table 2). After recovery from burn shock, it was mandatory to support nutrition with parenteral injections of amino acids and glucose to correct the energy deficit state. Albumin transfusion was performed under the control of biochemical blood tests. Albumin administration was increased to the fifth day up to 122.1 ± 17.5 mL/day with then a gradually decrease and complete withdrawal on the eleventh day of toxemia. That is, the ongoing parenteral nutrition made it possible to significantly reduce the volume and frequency of albumin transfusion. It was important in terms of reducing the functional load on the liver and cardiovascular system and the risk of sensitization of the immune system.6

The volume of infusion therapy in the first 3 days was more than 2500 mL with a decrease in intravenous infusion on the fourth day to an average of 1900 mL. On the following days, it was gradually decreased to a minimum of 1382.2 ± 610.4 mL/day on the eleventh day (Table 2; Figure 3). As shown in Figure 4, the mandatory components of infusion therapy were amino acids, glucose (20%), and albumin (10% to 20%).

The most active analgesic and anti-inflammatory therapy was performed on days 1 to 3 with a noteworthy tendency to decrease in the following days to a minimum on day 13 (Table 3; Figure 5). The frequency of administration of antibiotics and heparin were relatively stable (Table 3).

Attention is drawn to the tendency toward an increase in SBP on the fifth day, which was associated with additional albumin transfusion. Apparently, additional parenteral nutrition in the form of amino acids and glucose was neither sufficient to compensate for energy-substrate losses nor to correct hypermetabolism in the first 4 days after a burn injury.

The appropriateness of corrective therapy by introducing of vasodilators, vasopressors, vitamin C, and cytoflavin was determined by the severity of the general condition, the state of the wound surface, objective physical and clinical signs of hemodynamics, subjective sensations, and patient complaints. Comparatively more vasodilator correction, more vitamin C administration, and cytoflavin (per mL) were performed from the third to seventh day. Although maintenance of hemodynamics by dopamine administration was maximal on day 2, there was a subsequent decrease and withdrawal on day 9 (Figure 6).

The increase in the variety of fluids administered on the second day was accompanied by an increase in the frequency of administration of painkillers, vitamin C, and cytoflavin. A direct correlation was found between the number of types of intravenous fluids and anti-inflammatory drugs and anesthesia on the third to fifth day and on the seventh day.

On the second day, the administration of painkillers, vitamin C, antibiotics, dopamine, and cytoflavin with the introduction of vasodilators was associated with an attempt to medicate the stress response to burn injury. On the third day, the complex nature of the corrective actions, such as an increased number of types of intravenous fluids, anti-inflammatory drugs, heparin, cytoflavin, vasodilators, and proteins, made it possible to restrain the excessive stress response on the third day, which was expressed in the normal level of the average daily systolic blood pressure of 122 mm Hg and body temperature 36.9 °C. The increase in of the measure of circadian rhythm of body temperature on the ninth day to 37.3 °C, while maintaining the normal value of the average daily SBP at the level of 121 mm Hg, occurred with a tendency to reduce the introduction calories, amino acids, proteins, painkillers, and anti-inflammatory drugs (unchanged amount of antibacterial drugs and heparin), which characterized a decrease in the corrective effect of a reduced volume of intensive care.

DISCUSSION
During the first 10 days of the period of acute toxemia, active analgesic and anti-inflammatory therapy was carried out.7 The positive effect of intensive care was achieved by multimodal complex drug corrections. We identified a direct correlation between the frequency of administration of painkillers and anti-inflammatory drugs in first day after burn injury, which in dynamics significantly decreased over 11 days.

A direct correlation between the frequency of administration of painkillers and vasodilators on day 1 reappeared on days 3, 4, and 5. That is, during these days, the antistress effect of anesthesia was carried out by increasing the introduction of vasodilators.

The decrease in antibiotic therapy by day 11 was accompanied by an increase in the administration of heparin; identified features can be associated with the appearance of signs of an exacerbation of the systemic inflammatory reaction, intoxication, or an unfavorable state of the wound surface, which required correction of drug intensive therapy.8

The revealed correlations features testified to the expediency of continuing anti-inflammatory, analgesic, vasodilating therapy, and administration of dopamine for a longer time, which was not limited to 10 days of toxemia. It is quite logical to assume that the larger the damaged tissue area by a burn injury, the longer the period of toxemia.9 However, in our group of patients, there was a tendency to reduce drug correction, starting from the fifth to sixth day of toxemia.

We observed that monitoring physical data, subjective sensations, and patient complaints were not objective indicators of the intensive care effectiveness.

CONCLUSIONS
The revealed decrease in antibiotic therapy on the eleventh day of toxemia caused an exacerbation of the systemic inflammatory reaction, which required appropriate drug correction.

The need for a more detailed assessment of targeted drug corrections, under the control of monitoring physical parameters, has been established. Earlier termination of the administration of anti-inflammatory drugs, antibiotics, anticoagulants, vasodilators, and painkillers in this group of patients with the specified area and depth of burns had a negative impact on the healing process of damaged tissues and recovery in general in our study patients.

Observation of physical findings, subjective sensations, and patient complaints were insufficient objective indicators of the efficiency of the intensive therapy.

From the 1Department of Combustiology, Republican Research Center for Emergency Medicine; the 2Center of the Development of Professional Qualifications of Medical Workers; and the 3Emergency Surgery No. 1, Republican Research Center for Emergency Medicine, Tashkent, Republic of Uzbekistan
Acknowledgements: The authors have not received any funding or grants in support of the presented research or for the preparation of this work and have no declarations of potential conflicts of interest.
Corresponding author: Shukhrat A. Magdiev, str. Little Ring Road 2, 100081, Tashkent, Republic of Uzbekistan
Phone: +998-938001853
E-mail: dr.magdiev@gmail.com 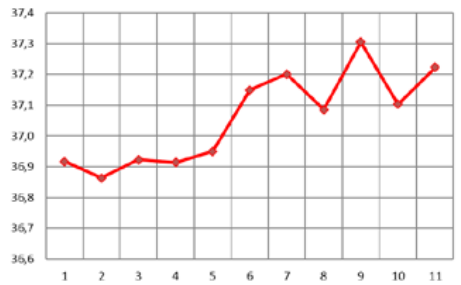 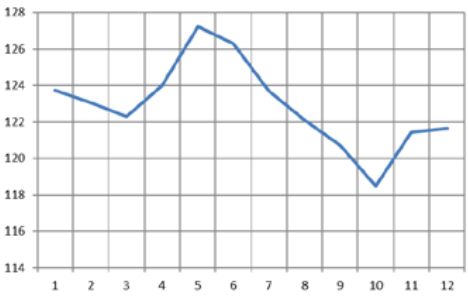 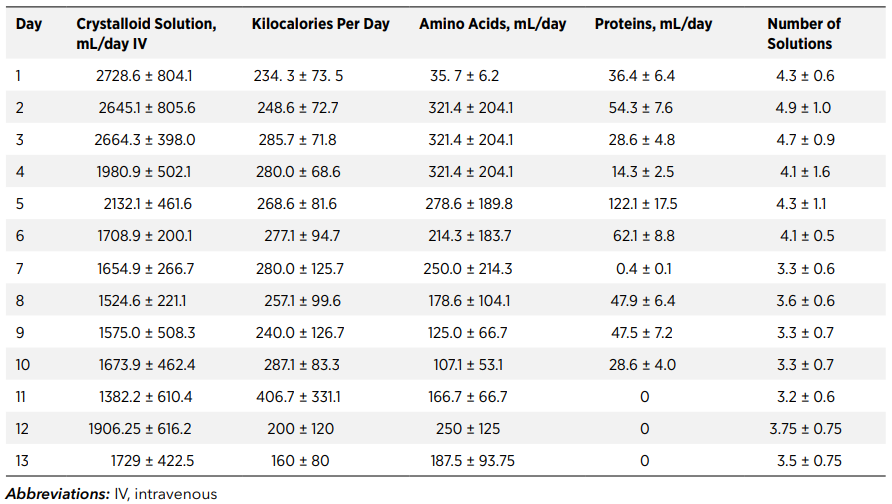 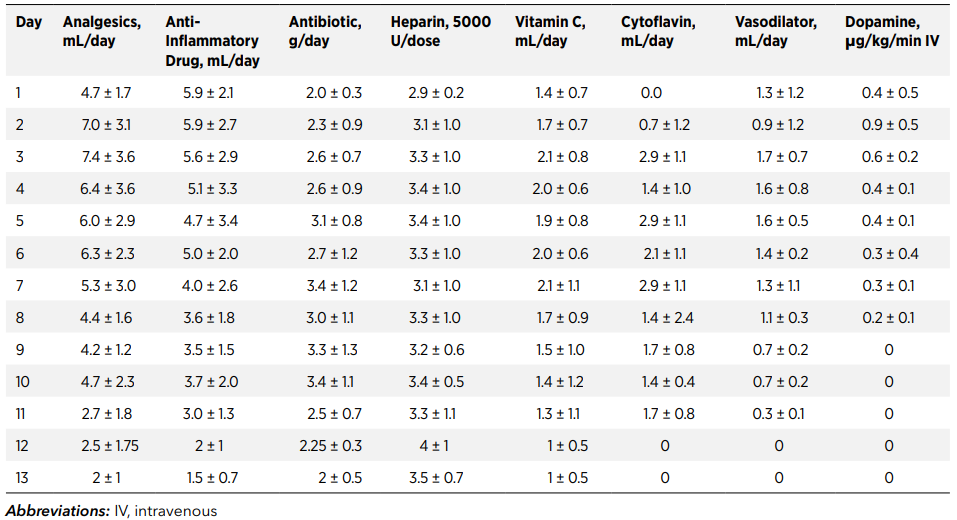 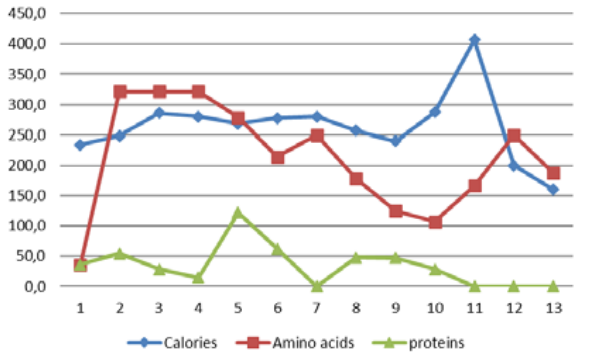