OBJECTIVES: The trochanteric region is a frequent site for pressure ulcer development. The etiology is due to immobilization and prolonged hospitalization. Loss of the subcutaneous fat layer is another predisposing factor in cachectic patients. For patients with grade 3 to 4 sores with trochanteric major of femur exposition, flap reconstruction is generally needed. Musculocutaneous flaps are preferred to cover exposed bone and fill dead space. Although locoregional flaps such as tensor fascia lata and gluteus maximus muscle flaps have been used for trochanteric ulcers, these involve mandatory muscles for ambulation during rehabilitation. Another disadvantage is donor site complications due to pressure loading. Here, we describe the vastus lateralis-anterolateral thigh flap to decrease donor site morbidity and tension.
MATERIALS AND METHODS: Between 2019 and 2021, we treated 9 trochanteric pressure ulcers in 8 patients (mean age of 38 years; range, 27-52 y). Defect sizes ranged from 5 × 5 to 10 × 12 cm. Flap sizes were planned according to exact defect size. Vastus lateralis muscle was retrieved according to dead space size. Donor sites could be closed in 5 patients, but 2 patients required split thickness skin grafts. Patients were hospitalized in lateral decubitus or supine position during follow-up.
RESULTS: Mean follow-up time was 10 months (range, 6-18 mo). All flaps survived. One patient developed hematoma at donor site, which was treated with bedside debridement; no recurrence occurred during follow-up. No restrictions or morbidities were encountered during ambulation.
CONCLUSIONS: The vastus lateralis-anterolateral thigh musculocutaneous flap provides both the required tissue for dead space filling and for defect closing. Advantages include lower donor site morbidity, perfect match in terms of skin quality and bulk, and protection of major muscles such as gluteus maximus and tensor fascia lata. The technique requires knowledge of quadratus femoris anatomy, which has a short learning curve.

INTRODUCTION
The trochanteric region is one of the weight-bearing zones during lateral decubitus positioning. The gluteus maximus and iliotibial tractus muscles cover the great trochanteric eminence and provide a protective tendomuscular layer. However, cachectic patients are prone to pressure ulcers due to loss of subcutaneous fat layer and muscular atrophy.1 The most common etiologies are immobilization and prolonged hospitalization.2 These ulcers can rapidly progress to grade 3 to 4 sores with the exposition of the greater trochanter of the femur, which generally needs flap reconstruction for closure. According to reconstructive principles, a flap that can fill the dead space should be preferred for decreasing the risk of recurrence, especially in plegic patients. Perforator flaps have gained popularity in the reconstruction of pressure ulcers in recent decades with their advantages, such as lower donor site morbidity.3 However, musculocutaneous flaps are preferred over the skin and fasciocutaneous flaps to cover bone exposure and fill the dead space. Resistance to infections and lack of subcutaneous fat thickness are other reasons for preference. Although locoregional muscles such as tensor fascia lata and gluteus maximus muscle flaps have been used for trochanteric ulcers, these flaps involve mandatory muscles for ambulation during the subsequent rehabilitation period. Another disadvantage of these flaps is the possible donor site problems due to pressure loading.

The vastus lateralis (VL) muscle is the lateral component of the quadratus femoris muscle. The muscle is nourished by the lateral circumflex femoral artery, which enters the muscle proximally. The long pedicle of the lateral circumflex femoral artery gives the muscle a rotational arc up to the inguinal region and lower abdomen superiorly, adductor region superomedially, and trochanteric region superoposteriorly. The skin over the VL is called the anterolateral thigh (ALT) flap, which is fed by several perforator arteries and can be elevated musculocutaneously. The donor site can generally be closed primarily, and the absence of VL muscle results in significant functional morbidity. This study aimed to analyze our outcome results retrospectively with the VL-ALT flap in the reconstruction of trochanteric pressure sores.

MATERIALS AND METHODS
A retrospective case-control study was conducted for patients who received trochanteric pressure ulcer surgery with the VL-ALT flap at the Baskent University Department of Plastic Surgery (Ankara, Turkey). The Declaration of Helsinki principles were followed during the study. Between 2019 and 2021, we operated on 9 trochanteric pressure ulcers in 8 patients. The mean age of the patients was 38 years (range, 25-52 y). Flap size was planned according to the exact size of the defect. The VL muscle was retrieved according to the size of the dead space. Patient characteristics (age, sex, etiology of the defect) and clinical data (defect and flap size, complications, follow-up time) were noted.

Surgical techniques
In the supine position, the axis of the surface of the septum between the rectus femoris and VL was marked by a line connecting the anterior superior iliac spine and lateral patella (Figure 1, top left). This line was divided into thirds for purposes of outlining the flap. The middle and distal third junctions were examined with hand Doppler ultrasonogram, and perforators were identified. The skin island of the ALT flap was marked according to the defect size and placement of the perforators at the distal third. The distal part of the ALT flap was planned approximately 5 cm cranially to the lateral epicondyle.

A vertical incision was made from the axis marked previously from proximal to distal. Blunt dissection was made to the septum between the rectus femoris and VL. Vessels down to the septum were preserved until the lateral circumflex femoral artery was identified (Figure 1, top right). The pedicle was followed until the proximal edge of the skin island. Skin incisions were then made around the skin island. The skin island was attached to the VL muscle fascia with separate 2.0 Vicryl sutures. The distal part of the VL was carefully elevated and dissected over the vastus intermedius (Figure 1, bottom left), followed by elevation of the lateral side of the flap. At this point, tensor fascia lata perforators were kept to prevent distal necrosis of the flap when distal perforators are of poor quality or injured during dissection.

Pedicle dissection was performed according to the rotation arc. A subcutaneous tunnel was created between the trochanteric region to the proximal part of the muscle under the tensor fascia lata. A 2- to 3-cm tunnel wider than the muscle width was prepared to prevent the flap's strangulation and congestion. The VL-ALT flap was transposed through this tunnel to the defect (Figure 1, bottom right). Three Jackson-Pratt drains (1 below the VL, 1 above the VL, and 1 at donor site of ALT) were used. The ALT flap was adapted to the skin. The donor site of the ALT flap was attempted to close primarily; for cases with excessive tension, a split-thickness skin graft was placed.

Patient 1
A 25-year-old male patient with muscle spasticity after electric burn injury was referred to our plastic surgery department. He had bilateral grade 4 trochanteric pressure sores. The defect sizes were 10 × 7 cm and 7 × 7 cm for right and left sides, respectively. The defects were closed with 10 × 8-cm and 8 × 7-cm skin island VL-ALT flaps following debridement (Figure 2). Drains were removed on postoperative day 10. No flap necrosis was seen. A postoperative image at month 6 is shown in Figure 3.

Patient 2
A 52-year-old male patient with multiple sclerosis was referred to our plastic surgery and orthopedic departments due to exposure of the greater trochanter of the left femur. Osteomyelitis of the greater trochanter was diagnosed. The defect size was 10 × 10 cm. Orthopedic surgeons performed ostectomy of the femoral head and greater trochanter. The dead space was filled with an 11 × 10-cm VL-ALT flap (Figure 4). Drains were removed on postoperative day 7. Late hematoma at the donor site was seen on postoperative day 15. Hematoma were irrigated and drained in the outpatient clinic. A late postoperative image of the flap is shown in Figure 5.

RESULTS
The mean follow-up time was 10 months (range, 6-18 mo). Defect sizes in the 8 patients ranged from 5 × 5 to 10 × 12 cm. All flaps survived. The donor site was closed primarily in 5 patients; in the other 3 patients, split thickness skin grafts were needed. Patients were hospitalized in the lateral decubitus or supine position during follow-up. Hematoma development was seen in 1 patient at the donor site, which was treated with bedside debridement, and no recurrence was seen in the patient during follow-up. No restriction or morbidity was encountered during ambulation. Patient demographics and clinical outcomes are shown in Table 1.

DISCUSSION
Trochanteric pressure ulcers result from long-term bed dependency, especially in spastic flexion contracture of the lower extremity.4 Grade 3 and 4 pressure ulcers need flap reconstruction for filling the defect without dead space. Although the tensor fascia flap and its modifications have been considered as the gold standard for many years, complications can occur, including distal necrosis and early recurrences, leaving the donor site scarred at the pressure loading zone.5-7 A better understanding of the ALT flap has recently changed the paradigm in trochanteric pressure ulcers.8 The anatomic features of the VL-ALT flap present several advantages for pressure ulcer closure.

The pivot point of the muscles is centered on the entrance point to the muscle. The lateral circumflex femoral artery has up to 12 cm of pedicle length,9 allowing the VL-ALT flap to cover defects at the lower abdomen superiorly,10 pelvic region superomedially11 and ischially,12 and trochanteric region superoposteriorly.13 The pedicle is consistent, with well-documented anatomy of the flap in cadavers. Although most of the perforators are distributed in the midthigh, perforators at the distal third can reliably nourish distal skin islands.14 We recommend preoperative Doppler ultrasonographs for perforator mapping and designing the flap eccentrically to these perforators. In our patients, the bulk of the flap was sufficient and filled the trochanteric space even after undergoing femoral head excision. Luo and colleagues recommended skin graft placement to donor site in flaps that are more than 7 cm wide.15 We needed to place 2 split-thickness skin grafts in patients with flexion contracture whose skin laxity did not allow primary closure.

One of the most critical aspects of the surgical technique is the creation of a subcutaneous tunnel. Similar to our technique shown here, Saint-Cyr and colleagues transferred the flap underneath the tensor fascia lata.16 Apart from that, we recommend scoring to the fascia lata if any compression is felt while tunneling. Scoring can relax the compression force to the flap, which may lead to circulatory problems unless it is corrected. In our patients, we also try to open the tunnel 2 cm wider than the flap width to prevent compression. Hifny suggested transposing the flap via an open approach without channelization in obese patients.17 Although we did not encounter any obese patients among those reported in this study, a horizontal incision from medial incision to trochanter should be considered, as the author suggested. Another advantage of the VL-ALT flap is to save the locoregional flaps for a backup procedure. Lee and colleagues suggested placing the skin island more anteriorly to the flap axis to protect the tensor fascia lata flap territory.18 Another advantage of the VL-ALT flap is the short learning curve. Li and colleagues reported 30 minutes of mean flap elevation time, concluding that, without the need for intraflap pedicle dissection, this was the most time-consuming part of the operation.8 Similarly, our mean flap elevation time was 45 minutes in our series.

Wang and colleagues emphasized the importance of postoperative nursing care for decreasing early complications.13 They recommended position changes at 2-hour intervals. We advise our nurses to change patients' positions to contralateral and supine positions at similar intervals. Drains should be frequently checked during the postoperative period. We encountered 1 donor site hematoma because of early drain removal. After that incidence, our procedure became to follow the drains for 2 weeks for complete drain removal.

The limitation of our study was the small sample size and the lack of different clinical scenarios to understand better the drawbacks of this technique. 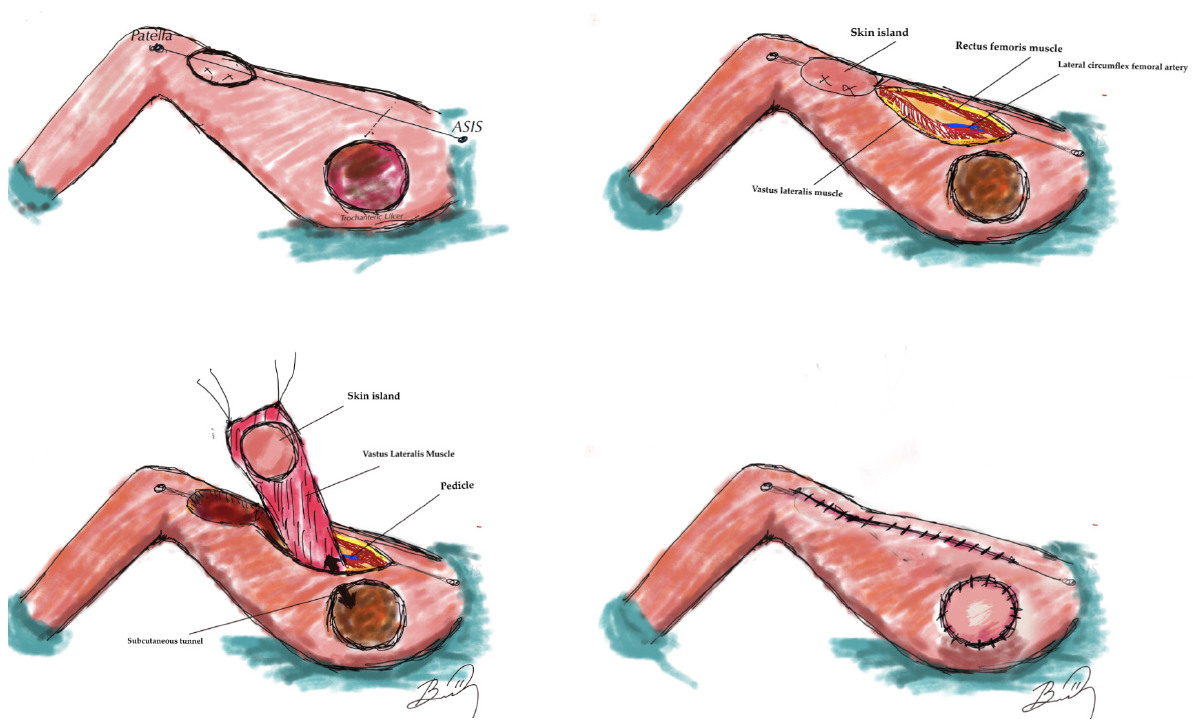 Figure 1. Illustration of the Surgical Technique 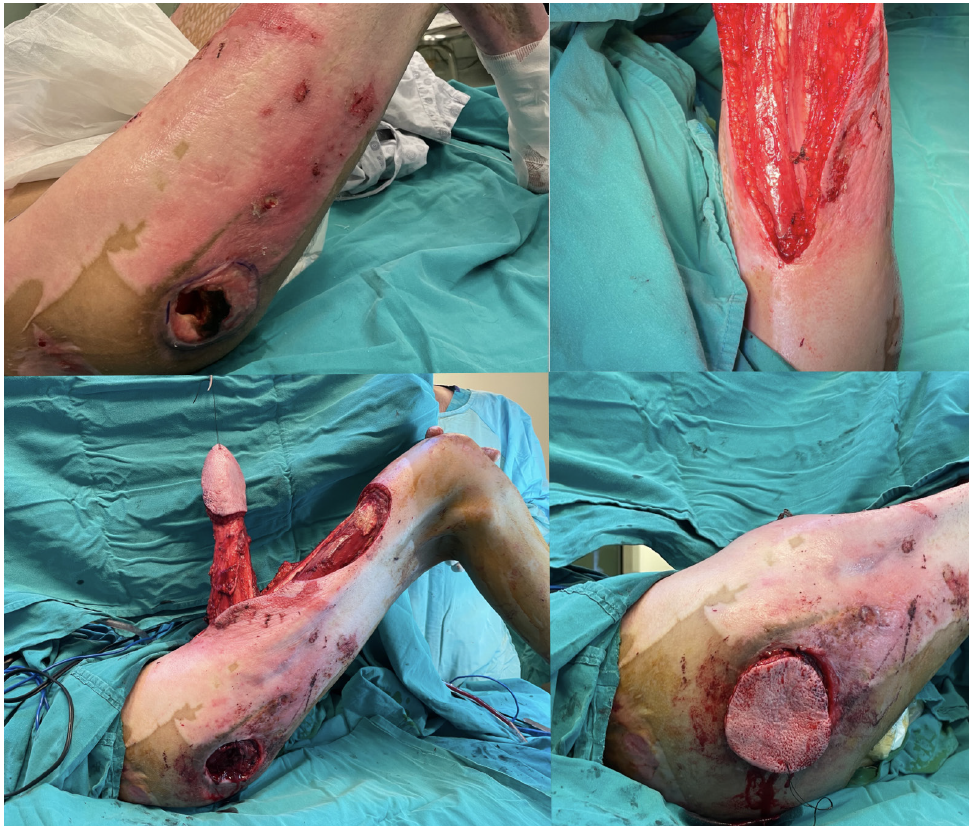 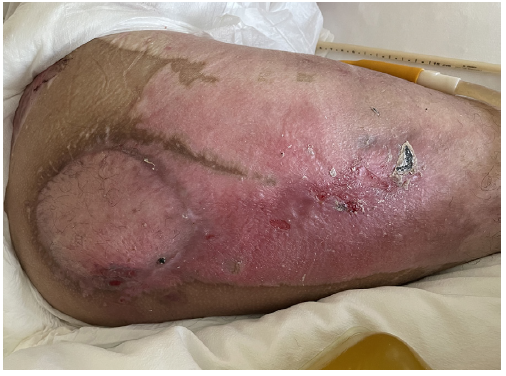 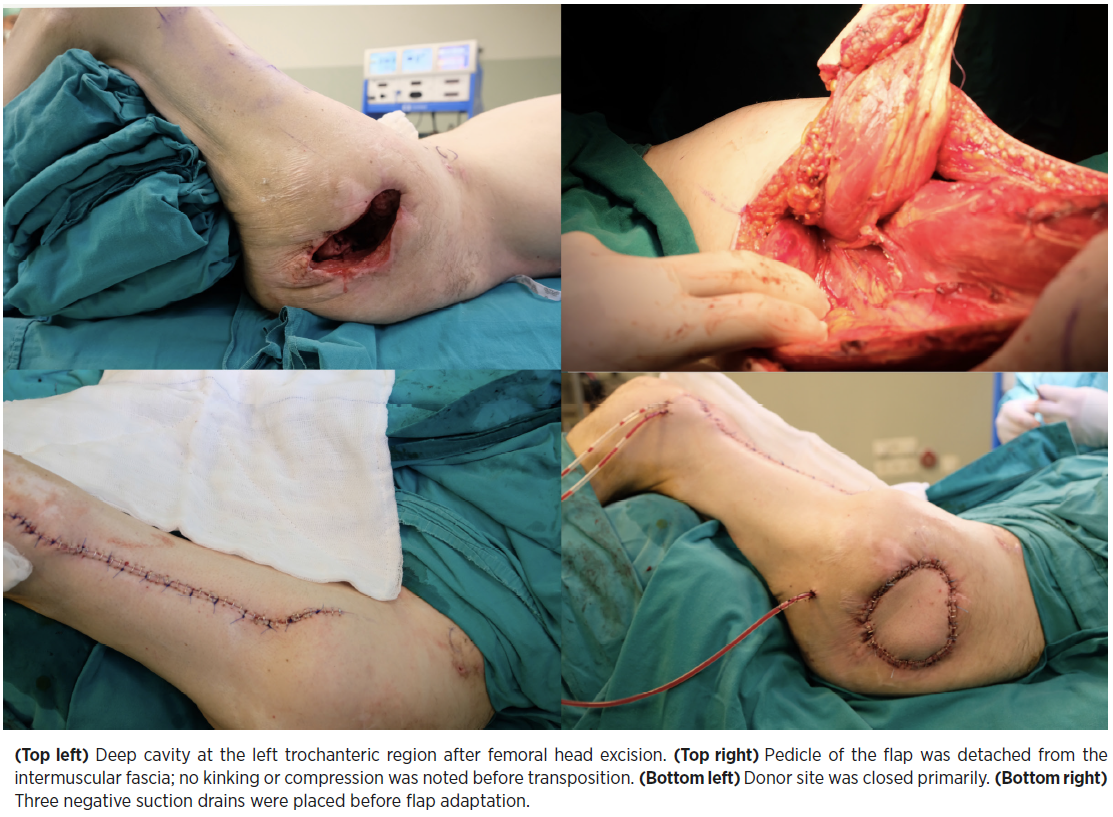 Figure 4. Surgical Steps of Flap Elevation and Transfer in Patient 2 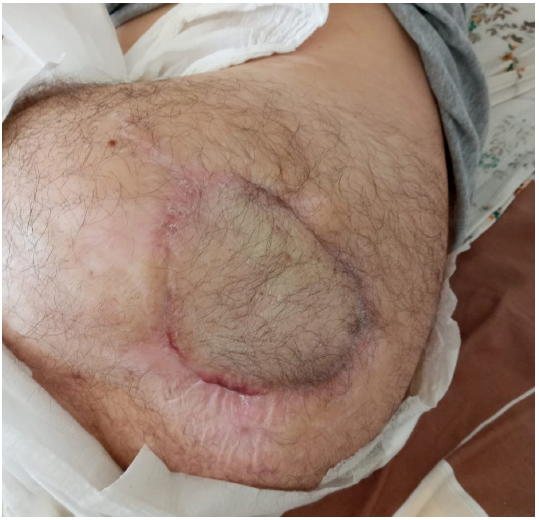 Table 1. Demographic and Clinical Findings of the Patients With Trochanteric Pressure Ulcers